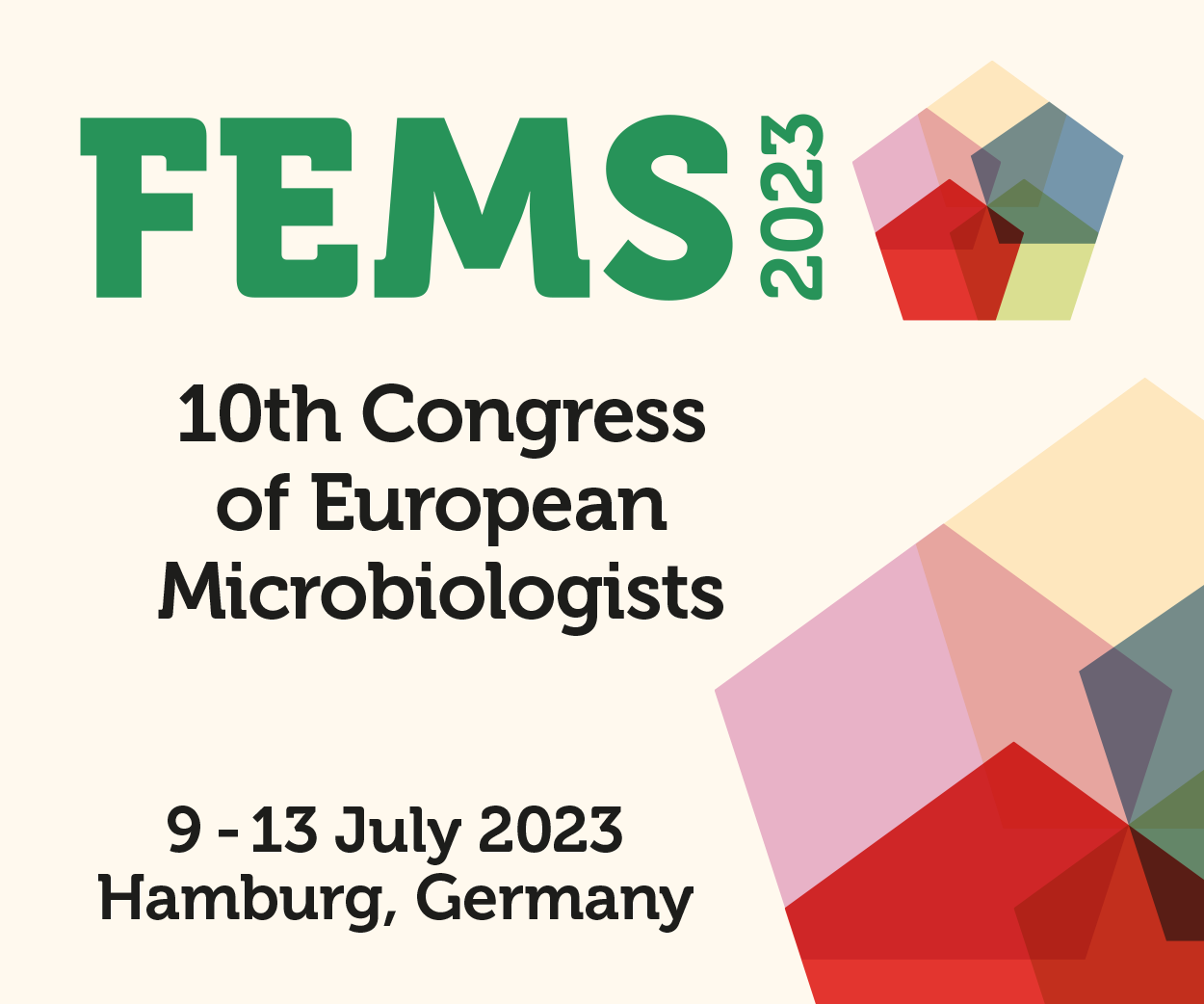 FEMS has, from its small but sure beginnings, grown into a dynamic organisation that links 56 Member Societies from 40 countries. Here you will find a reasonably comprehensive chronicle of FEMS in narrative style. It is based on “The Federation of European Microbiological Societies: An Historical Review”, by Edwin A. Dawes, FEMS Microbiology Letters 100 (1992) 15-24. More recent activities are added throughout the text below.

The Society for General Microbiology (SGM) financed a preliminary meeting of interested parties in Paris in May 1973. Representatives of thirteen European microbiological societies attended and nine of these delegates were firmly committed to the concept of a Federation. A draft set of Statutes, based on those of FEBS, was drawn up and circulated to all representatives. It was then agreed that the Headquarters of the Federation should be at the Office of the Society for General Microbiology. Nowadays, the Federation’s Registered Office is no longer situated at the SGM’s headquarters but in Cambridge.

An interim Executive Committee was charged with arranging the first meeting of a Council of the Federation in the autumn of 1974, to which all European microbiological societies would be invited to send a delegate, and at this meeting an Executive Committee would be formally elected. On 22 November 1974, the Council accepted unanimously the appointment of A. Lwoff as President; M. Mordarski, Vice-President; H. Smith, Treasurer; A.H. Rose, Secretary-General; and C.J.E.A. Bulder as Meetings Secretary.

The composition of the FEMS Council was established as comprising the Officers of the Federation together with one delegate from each Member Society, and meeting once per annum.

The pattern of the meetings evolved into the presentation of the Officers’ reports on the previous years’ work, the approval of meetings for FEMS support, the award of grants and discussion of any relevant business. Today, the annual gathering combines the Annual General Meeting with other meetings and consultations.

The annual Council meeting was normally scheduled to link with a FEMS symposium and efforts are still made to rotate the venue through different countries of the Federation. At the second Council meeting, held in Vienna in 1975, it was announced that, after two years of negotiations, the Federation had been granted charitable status under UK law.

From the inauguration of FEMS, the Member Societies were expected to pay an annual subscription based on a rate of 1.80 Swiss Francs per member. The agreements reached with the Society for General Microbiology and Society for Applied Bacteriology in 1977-1978 for the association of their journals with FEMS brought a crucial injection of funds in the early years, and helped to carry the Federation through the difficult period until revenue from FEMS Microbiology Letters ensured financial security.

As the assets grew, so were the Treasurers able to increase the expenditure on meetings. Afterwards, support for workshops and the funding of FEMS fellowships were recommended. This lead to the organization we have today, supporting many scientists and meetings while keeping the membership fees at a level that’s even lower than the fee in the early years of FEMS.

The first FEMS symposium on ‘Photosynthetic prokaryotes’ was held at the University of Dundee, Scotland in August 1976. It was followed in November of the same year with one on ‘Gonorrhoea’ at the Zoological Society in London and a symposium on ‘Exotic and resistance plasmids’ in December at L’Institut Pasteur, Paris.

The meeting held jointly between the NWEMG, the Society for General Microbiology and FEMS at Dublin, in September 1979, was especially noteworthy. On that occasion, the NWEMG was formally wound up after its eleven years of existence.

The post of Meetings Secretary was rightly perceived to be a keystone in the edifice of the Federation. With responsibilities for all FEMS Symposia and Workshops, liaising with local organizers in venues throughout Europe and tackling the inevitable problems that arise in the planning and organization of scientific meetings, the post is a vital one.

Dave Tempest, then at the University of Amsterdam, was appointed Chief Editor. The first issue of FEMS Microbiology Letters appeared in January 1977. In 1978, Dave Tempest was also appointed as Publications Manager for a period of three years.

In 1979, it was agreed to publish a number of short review articles in addition to the short research communications.

The journal grew to five volumes per annum in 1983 and the Executive Committee was convinced that the time was opportune for expanding its publications portfolio. The new President, Hans Veldkamp, and the new Publications Manager, Eddie Dawes, found that two areas of publications, Ecology and Reviews, would not be expected to affect the interest of the existing FEMS and FEMS-affiliated journals. A market survey by Elsevier confirmed the apparent viability of these proposals.

A fourth journal was added to the FEMS publication portfolio in January 1988 under the Chief Editorship of Heather Dick, FEMS Microbiology Immunology, now renamed as FEMS Immunology and Medical Microbiology. FEMS Yeast Research, started in January 2001 with Lex Scheffers as Chief Editor. The birth of this new journal came together with the creation of a Publications Office in Delft as part of the FEMS Central Office. In 2020 FEMS Microbes and microLife were the latest additions.

When Terry Roberts took up the post of Meetings Secretary in 1977, one of his first tasks was to inaugurate an information sheet for circulation to the members of the constituent societies of FEMS. Titled FEMS Circular, No. 1 appeared in June 1977 and carried statements on policy, finance, publications and meetings. FEMS Circular started as a biannual and provided as of No. 3 a listing of member societies, names and addresses of Officers and Delegates, news of publications, symposia and other topical matters.

As of 1999, production of FEMS Circular was coordinated from FEMS Central Office. The responsibility lied with the Publications Officer after her appointment in October 2000. In 2006, the FEMS Focus replaced the FEMS Circular. It focused on one microbiological topic of interest in every issue. In 2009, the FEMS Affiliates Letter took the place as our main newsletter, along with a selection of more targeted communications.

The primary objective of FEMS was to sponsor scientific meetings on specific microbiological topics in member nations and, whenever appropriate, to publish proceedings of the events. It was FEMS policy that, whenever feasible, a separate book should derive from the Symposia proceedings. After FEMS Microbiology Reviews came into existence, some papers arising from FEMS Symposia, which were not published in book form, were included in the journal. Since the first FEMS Symposium in 1976 over 40 Symposium volumes have been published, the majority as substantial hardbacks.

In 1982, it proved possible to sponsor a workshop that was the first of its kind in Europe — an Advanced Course in Microbial Ecology. Other FEMS workshops followed and in 1989, the Council made funds available to support grants for young scientists, such as graduate students, to attend such laboratory courses. FEMS is currently able to offer € 15 000 towards the cost of running laboratory workshops.

Several of the FEMS officers served on the Organizing Committee for the International Congress of Microbiology held at Manchester, UK in 1986. They were determined that young scientists should not be prevented from attending because of expense. The FEMS Council approved in 1985 a scheme for the financial support of two young microbiologists from each member society to attend the Congress. In the event, thirty-one young scientists were supported by FEMS.

FEMS Young Scientist Grants later emerged to enable research workers at an early stage in their careers to attend approved scientific meetings in Europe or Israel. The grants (maximum of € 6 200) are aimed at broadening the knowledge and experience of young scientists and enabling them to meet other workers in their chosen field of research.

We developed the European Declaration for Microbiology in conjunction with FEMS’ Member Societies and signed it during the 1st FEMS Congress in 2003.  The meaning reflects the intentions of FEMS’ founders in 1974 and continues to represent FEMS’ purpose today.