Home   #FEMSmicroBlog: Behind the Plate – The Story of A Humorous, Brilliant Inventor

#FEMSmicroBlog: Behind the Plate – The Story of A Humorous, Brilliant Inventor

Micromanipulators, more than any other instrument, opened the doors to the power of yeast genetics. The ability to separate the spores of a tetrad and analyze their phenotypes generated the genetic maps and biological foundations from which cloning, sequencing, cutting edge molecular and cell biology emanated. The Retrospective article “Carl Singer – Life on a Plate: Yeast Genetics Meetings and Micromanipulators” in FEMS Yeast Research presents the success story of an idea claimed to be unachievable. Terry Cooper tells for the #FEMSmicroBlog about the life behind the science. #MicrobiologyIsFun

From a favor to a state-of-the-art factory

Students and mentors alike found learning tetrad dissection an onerous, time-consuming challenge, so much so that many abandoned the technique after a first encounter or were too intimidated to even begin. Carl Singer changed all that by inventing and reinventing today’s micromanipulators.

What began as fulfilling a favor for friends of Sy Fogel in a California garage, proceeded to a UK barn and now in a state-of-the-art factory. Those ideas and butcher paper drawings on a living room floor became the instruments whose uses are now quickly and easily mastered, turning a difficult learning challenge into a routine laboratory skill. The Retrospective article “Carl Singer – Life on a Plate: Yeast Genetics Meetings and Micromanipulators” in FEMS Yeast Research is the success story of an idea claimed to be unachievable.

The retrospective follows Carl’s life from early childhood when, on a family trip, his dad was mistaken for Earnest Hemingway in Vienna, to tense negotiations with Charlie Boone and finally to passing the company on to the next generation. It chronicles the challenges he faced as he began perfecting an instrument based on the needs and feedback of students that he met at yeast conferences, instructing at Cold Spring Harbor Yeast Courses and showing up unannounced in research laboratories in search of a sale.

It chronicles the tenuous beginnings in search of a better way to dissect and demonstrates the personal courage, risk and entrepreneurship needed to succeed. It is the story of a future that teetered on a fine glass needle and a zapper.

The story of a life well lived

Traveling with Carl across the globe, as he demonstrated his instruments at International Conferences of Yeast Genetics and Molecular Biology (for information on the upcoming one, visit the ICY15 page), at the American Yeast meetings at Cold Spring Harbor, and on American college campuses, presents a unique view of the history of these conferences, their venues and the scientists that became his close friends: Sy Fogel, Gerry Fink, Fred Sherman, Bob von Borstel, Ian Dawes, Steve Oliver, Rodney Rothchild, Jerry Hyams, Paul Nurse, and countless others.

For more than 30 years Carl Singer and his family have been staunch and generous supporters of yeast research. His displays at meetings became a traditional fixture near dining rooms, poster display areas and hotel lobbies, engaging the appetites of graduate students at their first scientific meeting, showing them that dissecting could be fun rather than drudgery. There were even dissecting competitions, a new sport. It is the story of the life behind the science and one well lived. 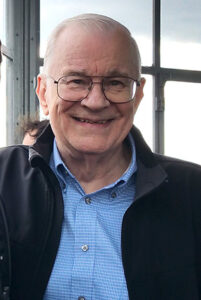 Terry Cooper received a B.S. in Biology and M.S. in Chemistry from Wayne State University, his Ph.D. in Biology from Purdue University and a post-doctoral with Boris Magasanik at MIT. He advanced from assistant professor to Andrey Avinoff Professor of Biochemistry and Genetics at University of Pittsburgh and then became Harriet S. Van Vleet Professor of Microbiology and Immunology at the University of Tennessee where he was Chair of Microbiology and Immunology and Director of the Molecular Resource Center for 15 years. During his career he has trained 37 M.S. and Ph.D. students; has been funded by NIH for 45 years and began a new 4-year grant in 2019; published 224 research articles, and “The Tools of Biochemistry” (John Wiley & Sons). His research centers on nitrogen-responsive regulation in Saccharomyces cerevisiae. He is an Associate Editor and Retrospective Editor for FEMS Yeast Research and Secretary of the ICYGMB FINPOL Committee.