It is with much regret that we share the sad news that former FEMS Delegate Lars Bogø Jensen, passed away in the first week of October after a valiant battle with cancer. 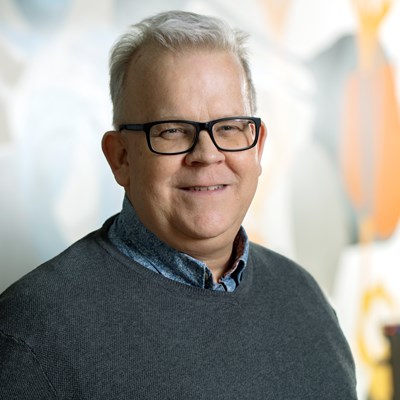 Lars was a long-time member of the Danish Microbiological Society (DMS) and the president of the society from 2009 until he could not be reelected in 2015. In this period, the society developed a new strategy and managed to transform DMS from a small sleepy society to a vibrant society that successfully gathers hundreds of microbiologists working in Danish universities, clinical laboratories, and in the industry. After stepping back as president, Lars continued to work on the board of the society, making valuable new developments including taking the lead on organizing a highly successful biennial international conference (MIFFI) on microbial issues relating to food and feed design and production.

Lars was a highly respected and accomplished research scientist. He was energetic and kept his focus on the target and he will be deeply missed by his family, friends, colleagues, and all who knew him.

Lars was throughout his working life dedicated to understanding the spread and threat of antibiotic resistant bacteria in food, feed, and the environment, and their potentially harmful impact on human wellbeing. He was both contributing to this scientific area with well-cited papers in the international well-esteemed journals but also made his contribution to the systematic reporting from the Danish health authorities on the spread of antibiotic resistant bacteria. In addition, Lars was a dedicated teacher, engaged in teaching his field to the students but also in study politics by serving as Head of Education at the National Food Institute, Technical University of Denmark.

Lars died peacefully in a hospice surrounded by this closest family and our thoughts are with them.