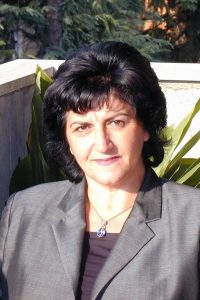 Professor Giovanna Riccardi has been a member of the European Academy of Microbiology (EAM) since 2011. The EAM is a leadership group of around 130 eminent microbiology experts who came together in 2009 to amplify the impact of microbiology and microbiologists in Europe.

Prof. Giovanna Riccardi is based in the Department of Biology and Biotechnology at the University of Pavia, Italy. Her current work focuses on identifying targets for new drugs in Mycobacterium tuberculosis, with a particular emphasis on bacterial drug resistance and deciphering the role of RND efflux transporters in Burkholderia cenocepacia. She has published work in FEMS Microbiology Letters and FEMS Microbiology Reviews.

Would you explain the focus of your current research?

“Tuberculosis (TB) remains a leading cause of mortality due to the bacterial pathogen, Mycobacterium tuberculosis. Moreover, M. tuberculosis strains that are resistant to an increasing number of second-line drugs used to treat multidrug-resistant tuberculosis (MDR-TB, XDR-TB, and TDR-TB) are becoming a threat to public health worldwide. Consequently, there is an urgent need for new TB drugs. More precisely, our laboratory is aiming to find the target and the mechanism of action of new TB drugs.

Another topic that we are concerned with is Burkholderia cenocepacia, a Gram-negative bacterium that infects the airways of cystic fibrosis patients. Eradication of this infection is complicated by the intrinsic resistance of this microorganism to different antibiotics. Our research focuses on the synthesis of new molecules against B. cenocepacia and the target identification.”

What has been the most surprising finding in this line of research?

“Within the EC-VI framework cluster ‘New Medicines for Tuberculosis’, we have identified the target (named DprE1) of a new drug, belonging to the class of benzothiazinones. The drug is now in the stage of preclinical trials. The achieved results have been published in Science and the article has been cited as one of the ‘key papers’ published in 2009 (Nature Medicines 15: 1349). Presently, DprE1 is considered the hot TB target.”

“This research has already produced significant results in the field of microbiology and it has created research opportunities for a number of young scientists to explore.

For example, I was the PhD supervisor of the following scientists:

I was also the post-doctoral supervisor of Dr Maria Rosalia Pasca, who is now an Associate Professor in microbiology at the University of Pavia.”

Tell us a bit about your research group.

“My research group consists of twelve members including one full professor, two associate professors, one researcher, three post-docs, two PhD students, and three undergraduate students. Each researcher follows a particular aspect of the research but we do so in a spirit of cooperation. Of the many facets of my research, I most enjoy working with young scientists.”

What has been your most memorable moment in a lab thus far in your career?

“The most memorable moment was in 2009 when we published for the first time in Science. We celebrated with champagne for a week.”

We have sessions showcasing new research on antimicrobial resistance (AMR) and antibiotics at the Congress this July if you want to learn more about AMR. We also have opportunities in fighting AMR that you can get involved in.