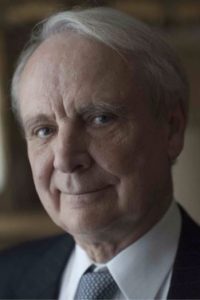 Starting his career as a mathematician and physicist, Prof Antoine Danchin moved to microbiology in the early seventies. To understand gene organisation in bacteria, in 1985 he spearheaded a collaboration with computer scientists to sequence the genome of Bacillus subtilis. This became a European collaboration in 1988 and with support from Japan from 1990, the project was completed in 1997.

In 1991, the first unexpected discovery of this effort was that the function of many of these genes in Bacillus subtilis were unknown. Antoine’s work on the bacterial chassis is at the heart of his contribution to synthetic biology.

To promote genome research in Hong Kong, he created the HKU-Pasteur Research Centre Ltd in 2000, setting up a bioinformatics infrastructure for genomics with the support of the government of Hong Kong.

A former research director at the CNRS and head of the Genetics of Bacterial Genomes unit at the Institut Pasteur, Antoine directed the Department of Genomes and Genetics there. In 2010, he created a company focusing on metabolic bioremediation of chronic stresses (ageing included), to improve human health span. Antoine Danchin is now professor extraordinary at the Institute of Cardiometabolism and Nutrition (ICAN).