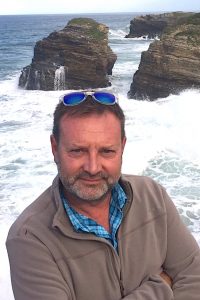 Dr Ramon Rosselló-Móra is a Researcher of the Spanish Council (CSIC) at the IMEDEA in Esporles, Mallorca. He leads the Marine Microbiology Group (MMG) at the IMEDEA, which mainly focuses on diversity and systematics of environmental samples such as extreme saline habitats and jellyfish microbiomes.  Dr Ramon ROSSELLO-MORA is also executive editor of the journal Systematic and Applied Microbiology and has been committed to the Judicial Commission of the ICSP for a period of nine years (2005-2014). He is the author of over 140 manuscripts in international journals summing an H factor of 41, and has supervised seven7 PhD theses.

He defended his PhD thesis on the taxonomy and naphthalene degradation capabilities of Pseudomonas stutzteri at the University of the Balearic Islands in 1992. He then performed several postdoctoral stays at the Technical University of Berlin (1992), the Technical University of Munich (1993 – 1995), IMEDEA (1995 – 1997), and the Max Planck Institute for Marine Microbiology in Bremen (1997 – 1999). He was Professor at the University of the Balearic Islands during the years 2000 – 2001. Finally, he became established as Researcher at the Spanish Council CSIC in 2001. Since then, he has led the laboratory of Marine Microbiology of the IMEDEA.

Our current research focuses on the application of the NGS to the understanding of the taxonomic, genomic and genetic diversity of hypersaline environments and jellyfish microbiomes. We apply both molecular microbial ecology tools and large-scale culture approaches to reveal community structures and dynamics.