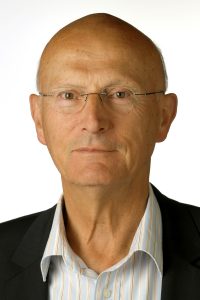 Member of Academy of Europe, EAM and Leopoldina – National Academy of Sciences

In 2008, together with Wolfgang Buckel, we discovered a new mechanism of energy coupling dubbed flavin-based electron bifurcation that is important for the understanding of the energy metabolism of many strictly anaerobic microorganisms, both bacteria and archaea. Since then, almost ten different electron-bifurcating cytoplasmic enzyme complexes have been identified, and for three of which we have already elucidated the crystal structure. Due to my retirement at the end of 2014 and the retirement of Wolfgang Buckel beginning in 2017, this work is now pursued in other labs, mainly in the USA.