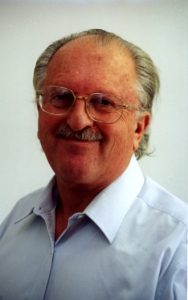 I am an active Emeritus Professor, performing theoretical research and teaching one graduate course.  About ten years ago, my partner Dr. Ilana Zilber-Rosenberg and I put forth the hologenome concept of evolution. Since then we have examined different aspects of the concept, including the role of bacteria in speciation of D. melanogaster holobionts as levels of selection in evolution, and the role of microbiota in heat productions in plants and animals, including man. The hologenome concept was inspired by our studies on bacterial bleaching of corals. When the corals became resistant to the causative agent of bleaching of the coral, Oculina patagonica, we proposed and subsequently demonstrated that acquisition of a beneficial bacterium (probiotic) was the mechanism of resistance. We are currently interested in the interactions between diet and microbiota.