Home   #FEMSmicroBlog: Can microbes help us transition to a clean energy supply?

#FEMSmicroBlog: Can microbes help us transition to a clean energy supply?

Much of current microbiology research addresses the question of how we can kill bacteria. And this is for a reason: “Six of the ten global threats to world health, that have been identified by the WHO in 2019, are directly related to microbial infections” says Kimberly Kline, Microbiology Professor at Nanyang Technological University in Singapore during the World Microbe Forum. Finding new ways to effectively defeat these threats is urgent.

On the other hand, most of the Earth’s microbes and their diverse functions are beneficial for humans. Some of them might even help us to overcome the big challenges that humankind is facing – in case we manage to put these microbes to work. Exploring these microbial opportunities was the goal of the Word Microbe Forum session on “Microbiology and the UN Sustainable Development Goals (SDGs)”.

One of these UN SDGs is to provide affordable and clean energy for everyone. Professor Dr. Peter R. Girguis and Professor Dr. Tobias Erb might have found microbial ways to address this challenge and discussed them with the audience of the World Microbe Forum.

Microbes harvest energy in the form of electricity

Girguis and his team at Harvard University aim at using existing natural microbial systems to harvest energy in form of electricity. Meanwhile Erb and his group at the Max Planck Institute in Marburg envision to use microbes for fuel production by engineering new efficient pathways for light-driven carbon fixation – inspired by nature but not existing yet!

Girguis exploits a concept that is called extracellular electron transport (EET). EET is a feature of bacteria that live in anoxic environments – such as sediment on the ocean ground or cow manure – where they can export electrons outside of their cells and use metals as electron acceptors. For example, just as we breath oxygen, these microbes can “breathe” iron.

Girguis has found a way to use this EET and turn it into a fuel cell. His microbial fuel cell (MFC) consists of a pair of electrodes connected to a circuit board. One electrode is placed into the oxygen-deprived environment where the bacteria live. There, it collects electrons “secreted” by bacteria as they digest organic matter. These electrons flow through a wire to the circuit board and then to the second electrode, and this flow of elections generates electricity.

Girguis has shown that he can use his MFC on the ocean ground to energize a range of instruments to measure for example chlorophyll content and other paraments he is interested in. Further to this, Girguis has started a company that builds microbially driven lights. These lights need to be plugged into a bucket of cow manure or dirt instead of the power plug in the wall.

Microbes that fix carbon and turn it into fuels and drugs

Tobias Erb envisions quite a different approach to bringing microbes to work in the energy sector: He is on his way to develop light driven microbial factories that fix carbon and turn it into fuels and drugs.

In theory, nature already knowns how to do this: Fossil fuels from plant biomass have driven the industrial revolution and still feed our current energy demand; further many of our drugs are derived from plant metabolites. But these natural carbon fixing pathways have not been evolutionary optimized to purely create biomass or small secondary metabolites. For example, RuBisCO, the main enzyme that nature employs to fix carbon in plants, acts relatively slow, only fixing about 10 CO2 molecules per second per enzyme. Compared this to a fast enzyme such as catalase which can catalyze millions of reactions a second. That limits the speed of how fast plants can grow.

As such, Erb and his team “invented” a new metabolic pathway – called CETECH – that involves a faster carbon fixing enzyme from bacteria combined with 16 enzymes from nine different organisms. CETECH is 20% more energy efficient than any of the naturally available pathways. Energy efficiency thereby means it uses less energy to get the same job done; just like using insulated windows that reduce heat exchange, which reduces the energy needed to heat or cool a space.

The researchers then combined CETECH with light-harvesting membranes from spinach chloroplasts, encapsulated in water-in-oil droplets, and showed that after several rounds of debugging, their CETECH carbon fixing pathway can functionally couple to the natural spinach machinery to be energized by light. CETECH produces the molecule glycolate as first output. Erb’s team is now developing new metabolic pathways that can effectively convert the glycolate into more complex molecules, that could be used as fuels or drugs. In a different scenario the artificial chloroplasts could produce sugars that feed bacteria or yeast to fuel already established biofuel fermentations in living cells.

Do bacteria then hold the key to a clean energy transition?

Girguis says: “Likely not”. At least not alone. MFCs generate low amounts of consistent and continuous power, making them suitable for underwater and remote power applications. Powering something that requires a lot of energy, like a fridge, is not possible (yet). Still, if cell phones and light bulbs could be powered microbially, then MFCs could contribute 7-10% to a household’s energy cost, according to Girguis estimates! Further, MFCs could provide relieve to the over 1.6 billion people worldwide that lack access to affordable, reliable electricity. Many of these households burn manure for light and heat, but they could use the same manure to produce electricity in a more sustainable way.

The same applies for Erb’s approach. Microbial sunlight-driven fermentations will likely not become the sole source of global energy. But, while still in the research phase, the hope is that at least part of our required fuels, food and pharmaceuticals could be produced from sunlight in a circular and space-saving microbial way.

Girguis and Erbs work are not the only approaches that employ microbes in the energy sector. Innovation around microbial energy production happens around the globe: for example, researchers engineer Baker’s yeast or algae for biofuel production from agricultural waste, or they develop processes for the production of hydrogen – a promising candidate energy source in global renewable energy agendas – using microbial fermentations. As such, combined with all the other innovative technologies that are developed, MFCs and synthetic microbial carbon fixation could sum up to a sustainable energy transition (partly) supported by microbes. 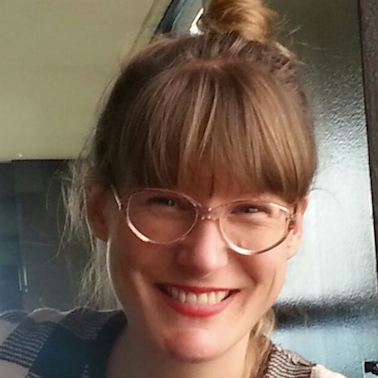 Sonja Billerbeck is a Synthetic Biologist and Assistant Professor for Molecular Microbiology at the University of Groningen in the Netherlands. Sonja holds a Master in Biochemistry and a Master in Science History from the University of Tübingen, Germany, a PhD in Bioengineering from ETH Zürich, Switzerland and she received postdoctoral training in yeast Synthetic Biology at Columbia University in New York City, USA. Besides research, Sonja is dedicated to education and outreach with the goal to enhance understanding and appreciation of the potential of (engineered) microbes to address global challenges. She has been involved with the undergraduate synthetic biology competition iGEM for more than ten years, she serves as FEMS Social Media Editor and writes for popular science outlets.