In industrially relevant yeasts, sexual reproduction (which is helpful to generate new strains) is less investigated than in the common yeast Saccharomyces cerevisiae. In the methylotrophic Komagataella phaffii (aka Pichia pastoris), no proteases degrading mating pheromones were known so far. The authors of a study in FEMS Yeast Research studied mating in K. phaffii and identified the protease Bar1 able to degrade α-pheromones. #FascinatingMicrobes

Yeasts are unicellular eukaryotes which, when propagating as haploid cells, can occasionally mate and enter a diploid phase (followed by meiosis and return to haploidy). Haploid yeast cells have mating types a or α and secrete specific mating factors (a- and α-pheromones) recognized on the surface of cells of the other mating type.

This pheromone signalling induces entry into the diploid phase by activation of mating gene expression, arrest of the cells in the G1 phase of the cell cycle, and polarized growth towards potential mating partners (shmoo formation).

In S. cerevisiae, a-cells secrete the protease Bar1 which degrades α-pheromone, while the expression of the BAR1 gene is further induced upon presence of the α-pheromone. Similar proteases degrading α-pheromone are known in other yeast like Candida albicans or Schizosaccharomyces pombe. (Interestingly, a-pheromone degrading protease are less known in yeasts.)

The methylotrophic yeast Komagataella phaffii is able to use the C1 compound methanol as sole carbon and energy source and is an important industrial host for the production of recombinant proteins.

There are many similarities between mating of S. cerevisiae and K. phaffii, although in the latter, mating gene expression is induced only under nitrogen limitation and mating-type switching occurs by a chromosomal inversion mechanism.

One of the most exciting moments during this study was when we first analysed our yps1-5Δ strains and they behaved just like we had anticipated, confirming our hypothesis.”

— the authors of the study in FEMS Yeast Research

The authors of the study identified YPS1-5 in K. phaffii from RNA sequencing data of cells under mating conditions. BLAST analysis showed sequence homology to the bar1 genes in S. cerevisiae and C. albicans.

Gene expression analysis showed that YPS1-5 is strongly upregulated in a-type cells under mating conditions (nitrogen limitation) and when α-mating factor is added to the medium. Deletion of YPS1-5 in a-cells resulted in lower mating efficiency, a strongly increased pheromone sensitivity and abnormal shmoo formation.

The phenotype of K. phaffii yps1-5Δ a-type cells corresponds to the one of S. cerevisiae bar1Δ strains. A fluorescence reporter assays (with flow cytometry and fluorescence microscopy) validated the response of wild type and yps1-5Δ a-cells to α-factor. Thus, YPS1-5 is renamed BAR1 in K. phaffii.

I am curious to find out more about the relevance of mating in nature and under which environmental conditions sexual reproductions in K. phaffii actually occurs. 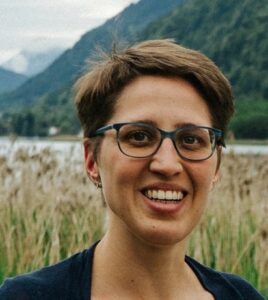 Lina Heistinger is a postdoctoral researcher at the University of Natural Resources and Life Sciences in Vienna, Austria (BOKU) in the research group for Metabolic and Cell Engineering headed by Prof. Diethard Mattanovich. She has become interested in mating regulation of the non-conventional yeast K. phaffii during her PhD and is now continuing her research in this area with the aim to fully understand the mating process and develop strains for applications in genetics and recombinant protein production.