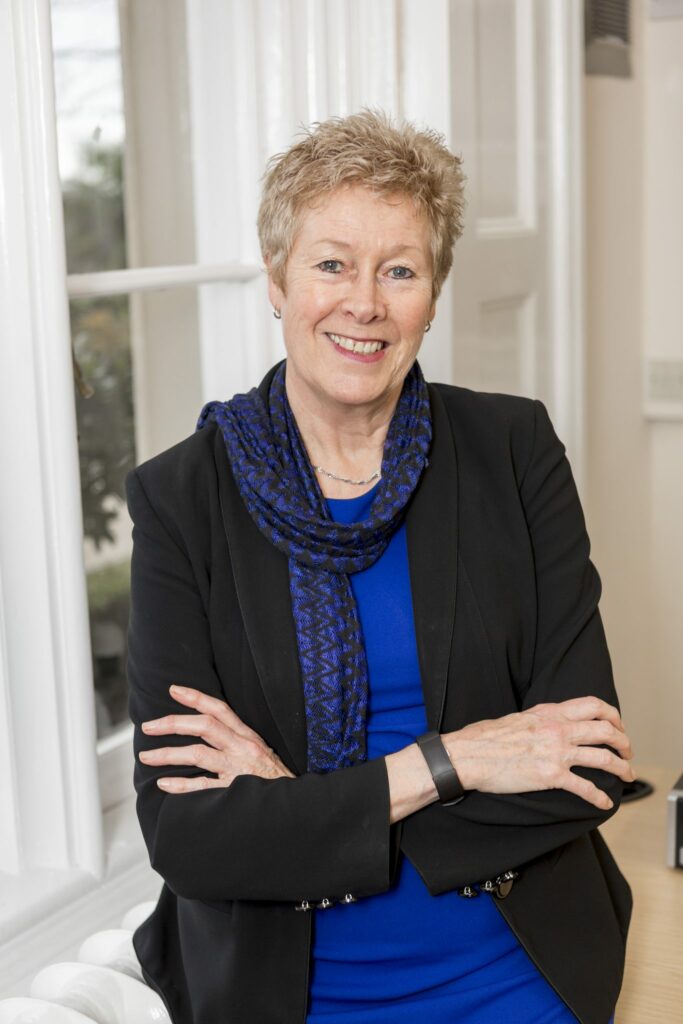 Today we celebrate International Women’s Day to celebrate the amazing contribution women are making to scientific research. This year’s theme is Press for Progress. There are many groups and individuals championing women to pursue careers in science, technology, engineering and medicine (STEM) and to address the gender imbalance in these fields.

One such champion for promoting women in STEM is our very own Vice-President and FEMS Expert from the European Academy of Microbiology (EAM), Prof Hilary Lappin-Scott. She was recently awarded an Order of the British Empire (OBE) in the 2018 New Year’s Honours list for her services to microbiology and the advancement of women in science and engineering. Her continuous efforts to promote women in STEM have also been recognized with the 2016 Women into Science and Engineering (WISE) HERO award and the 2017 Womenspire ‘STEM Pioneer’ Award.

What is the current situation for women in STEM?
“For many countries the situation is now starting to improve, but there is still a long way to go!  I know the data for the United Kingdom best, so I will use this. In UK universities, 25% of Professors are now women and more women are being promoted to the most senior levels in universities.  But there is still a gender pay gap, which is substantial in many organisations.

In terms of attracting more women into STEM, the UK published data to show that the numbers working in STEM careers had increased in the last months, yet the overall percentage of women in such jobs did not increase as the numbers of men had also increased! So, some steps forward but the pace of change is still so very slow.”

As an advocate for promoting women in STEM, what can we do to support more women in STEM?
“There are lots of actions that organisations can do that really make a difference, many of these are very low cost too.  Some of the most effective involve changing the culture to raise the visibility of the women and celebrate their contributions and achievements to make women feel more valued. Examples of what has been done towards this includes:

As this year’s theme for IWD is ‘Press for Progress’ I encourage everyone to find ways to ‘reach down’ and help us others to achieve too.  This greatly increases our talent pool and really supports greater success in the workplace.”

How did your science journey bring you to where you are today?
“I had a slow start with science, growing up in the 1960s in the north east of England in times when girls were taught cooking and needlework rather than physics, metalwork or chemistry. Instead my love grew through my interests in my 20s in nature conservation and emerging environmental challenges, including a very seminal book for me, ‘Silent Spring’ by Rachel Carson.

I soon realized the need to have formal science qualifications so I enrolled at Warwick University after evening classes to gain my A levels.  From there I tried to make the most of every opportunity that presented itself along my science journey.  I found relevant scientific conferences to present my research at, sometimes subsidizing these myself so I could attend (I always made sure that my own research students did not need to do this). Generally I attend these on my own so had to ensure that I met others at the conference. Just as well that I did as from one of these I was offered a post-doc at Calgary University whilst I was delayed waiting for a flight to a conference!

I returned to the UK to take up a lectureship at Exeter University and there followed nearly two decades, building up my research group and being promoted to full Professor via a Personal Chair (one of the first ever in women in STEM subjects at Exeter), Head of Department and then Dean, being elected President of the then Society for General Microbiology and the International Society for Microbial Ecology along the way.

I was looking for some fresh challenges so jumped at the chance of joining the senior team at Swansea University, working more on strategic development and research leadership for an entire university rather than only for my own research group. 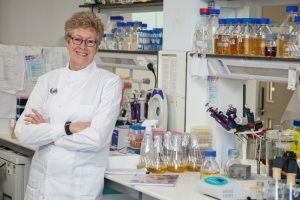 Throughout my career I had ensured that everyone in my research team and I had taught, had opportunities to maximize their chances of successful careers and I have mentored a lot of men and women in their careers. I particularly encouraged women to step forward and take on leadership roles.  As I gained more senior positions in academia and learned societies I grew to understand the dearth of women in senior roles. I found that, increasingly people were asking me to raise awareness of this, engaging others and taking actions. This has led to a ‘second career’ as an advocate for encouraging girls into sciences and attracting and retaining women in STEM careers.  I am now seeing more women developing their skills to take on senior roles and leadership positions and am working to generate and share best practices globally to keep pushing this key agenda.”

What advice would you give to today’s early career researchers?
“I have quite a lot of suggestions so here are a few from my list, in no particular order:

You can discover more about Hilary and other inspirational stories of the women leading the way in microbiology in our Women in STEM special journal collection, as well as in our collaborative International Women’s Day Twitter collection with some of our Member Societies.