Microbes evolved specialised transporters to import molecules from the environment and make the most of their available food sources. There is still much to learn about how Saccharomyces cerevisiae transports small acids like lactic acid across its biological membrane. A new study published in FEMS Yeast Research explores how “Evolutionary engineering reveals amino acid substitutions in Ato2 and Ato3 that allow improved growth of Saccharomyces cerevisiae on lactic acid”. One of the co-first authors, Sophie de Valk, explains for the #FEMSmicroBlog how evolving yeast in the lab helped the team better understand this organism’s transport system. #FascinatingMicrobes

Microbes are constantly in exchange with the environment and transport molecules across their biological membranes. For efficient microbial metabolism, transport proteins evolved that specifically recognise substrates or products, and subsequently import or export them.

For a species to survive in an environment where the presence and concentrations of compounds fluctuate, it needs to adapt its transport proteins accordingly. If a novel substrate appears, for which a microorganism lacks the corresponding transport protein, evolution can drive the emergence of mutated versions of its transporters that enable substrate uptake. In this case, these mutations provide a selective advantage in such ‘novel’ conditions.

Because of its key role in cellular survival, much research focuses on transport mechanisms to better understand microbial responses to different environmental conditions. Moreover, such knowledge will help in metabolic engineering strategies to increase the efficiency of substrate usage and broaden the substrate range of industrial cell factories.

Detailed knowledge is available about how microbes transport sugars like glucose, fructose, maltose and sucrose. However, the transport of monocarboxylic acids remains enigmatic, even though these chemically simple molecules play central roles in the metabolism of many organisms. Transport of monocarboxylic acids such as lactic acid and acetic acid is, for instance, involved in food preservation, bioethanol and bioplastics production and in the development of cancer therapies.

In the article “Evolutionary engineering reveals amino acid substitutions in Ato2 and Ato3 that allow improved growth of Saccharomyces cerevisiae on lactic acid” published in FEMS Yeast Research, new lactic acid transporters are unraveled. Identifying (novel) transporter functions through rational approaches is not always straightforward. Hence, an evolutionary engineering approach was used to let yeast cells themselves ‘point out’ where in the genome to look for this function.

To this end, the thus far known lactic acid transporters, Jen1 and Ady2, were knocked out and the resulting strain was incubated in a medium with lactic acid as the sole carbon source. At first, the strains hardly grew. But each DNA replication cycle in a cell gives a chance for an advantageous mutation to occur. Cells with such mutations could then thrive and accumulate in the culture and were subsequently isolated and studied.

Each DNA replication cycle gives a chance for an advantageous mutation to occur in an organism.

Whole-genome sequencing enabled the identification of mutations that contributed to the evolved phenotype. Interestingly, mutations accumulated in Ato2 and Ato3, which are homologs of Ady2. These have not previously been linked to monocarboxylic acid transport.

By studying the 3D models of the protein structures, it seemed that the mutations ‘widen’ the narrowest passage in the pore. This increased pore size might allow the lactic acid molecules to pass through. In the non-mutated version of the transporter, lactic acid molecules would get stuck at this restrictive point.

This study shows that laboratory evolution is a powerful tool to identify genes involved in substrate transport. Furthermore, it led to the identification of two novel lactic acid transporters (Ato2L218S and Ato3F95S) and models of transporter structure and function. These findings could potentially aid in future rational engineering and annotation of additional proteins involved in monocarboxylic acid transport. 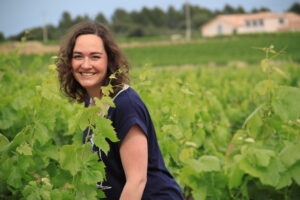 Sophie de Valk is a PhD candidate at Delft University of Technology (The Netherlands) in the Industrial Microbiology section under the supervision of Dr. Robert Mans. She started her research project in 2018 after finishing her Msc Life Science and Technology also at TU Delft. Her projects revolve around engineering transport and energy metabolism in Saccharomyces cerevisiae, with the potential to improve industrial product yields. Apart from studying yeast physiology in bioreactors, she enjoys applying watercolour painting to make scientific illustrations.