Home   #FEMSmicroBlog: Which microbes live on our streets?

#FEMSmicroBlog: Which microbes live on our streets?

Microbes are everywhere in the environment and even live in our cities and on our streets. As such, urban microbiology gains more attention as “urban microbes” are closely associated with human society. A new study “Microbial retention and resistance in stormwater quality improvement devices treating road runoff” published in FEMS Microbes looks at the microbes that live in road runoff and how they are directly affected by the presence of the pollutants. Corresponding authors Christian Wurzbacher and Renato Liguori highlight for #FEMSmicroBlog what we currently know about microbes on our streets and what consequences this knowledge may have for us. #FascinatingMicrobes

Microbes on our streets

Roads cover a major proportion of urban areas where they seal off the soil from seepage. This means when rain falls in urban areas, the water is collected as road runoff in the streets of our cities. And this water is often contaminated by traffic and atmospheric depositions, such as dust, microplastics and heavy metals from tires, hydrocarbons from engines, salts from atmospheric deposits or deicing practices.

Hence, before discharging the road runoff into wastewater, it needs to be treated. For this, manufactured treatment devices were implemented to filter traffic pollutants as well as bacteria.

Previously, microbes were not considered an integral part of our streets and urban areas. However, the study “Microbial retention and resistance in stormwater quality improvement devices treating road runoff” published in FEMS Microbes found that microbial members are an integral and highly abundant part of the road runoff.

For this study, samples were collected from filters in water improvement devices that were installed along a city highway. The aim was to identify the main microbial players of road runoff and the prevalence of mobile genetic elements within this community.

The number of bacteria that the study found was in an order of magnitude that was almost as high as in municipal wastewater. This points to high concentrations of carbon and nutrients in road runoff samples.

The percentage of potential pathogenic lineages was rather low. However, the microbial species composition was largely influenced by the pollutants of the road runoff. This mainly included heavy metals that have toxic effects on metabolic functions. Moreover, the amount of microbes was not affected by treatment devices, implying that they were discharged into the receiving water bodies.

Which microbes live on our streets is mainly influenced by traffic pollution.

Bacteria can carry genes from their environment that they often acquire via gene transfer. This is often driven by mobile genetic elements that contain resistance genes to environmental stresses.

The present study assessed one widespread mobile genetic element for anthropogenic pollution. It found that this element is indeed present at high percentages in road runoff bacteria and within biofilms of water treatment systems. Moreover, the study showed that these genetic elements carry various resistance genes ranging from metal to multidrug resistances.

Due to the high discharge of bacteria and mobile genetic elements, road runoff may be thus added to the list of high-risk environments for the spread of resistance genes. Similar to other hotspots for the transfer of resistance genes, like municipal wastewater, we should consider a revised treatment of road runoff from highly trafficked roads in the future.

Road runoff should be considered a high-risk environment for the spread of resistance genes. 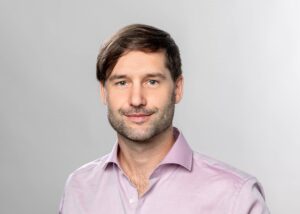 Christian Wurzbacher is an Emmy-Noether Junior Research Group Fellow at the Technical University of Munich (TUM). He completed his doctoral thesis in 2012 at the Leibniz Institute of Freshwater Ecology and Inland Fisheries and continued to work there until receiving a Marie Skłodowska-Curie Fellowship in 2015 for a PostDoc at the Gothenburg University. Since 2018 he is working at the TUM as an assistant and now associate professor. He is interested in microbial ecology of natural, urban, and engineered water systems. Currently, his work focuses on the discovery of unknown fungal lineages in aquatic ecosystems, the monitoring of viral biomarkers, urban microbiology, and low complexity microbial communities that can transform pollutants. 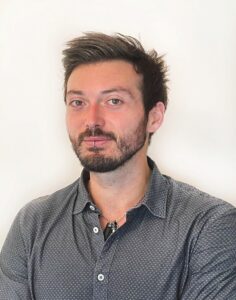 Renato Liguori is a PhD candidate at the Parthenope University of Naples, Italy. He started his PhD research program at the UNESCO Chair of “Environment, Resources and Sustainable Development” in 2017 after his Specialization School in Biochemistry. Part of his work took place at the Technical University of Munich (TUM) where he worked as guest scientist under the supervision of Dr. Christian Wurzbacher focusing on the microbial ecology of polluted urban systems and their potential usage for treatment of contaminated sites.