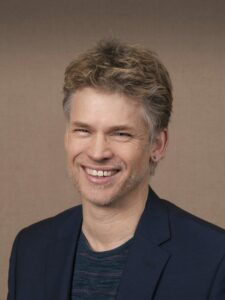 Prof Jay Hinton is based at the Institute of Integrative Biology, University of Liverpool, UK. He did his first degree in Microbiology at the University of Kent at Canterbury, UK, where he was inspired to think genetically by Prof. George Salmond.

After his PhD, Jay moved to the University of Oxford’s Weatherall Institute of Molecular Medicine to work on bacterial pathogens which attack humans. Jay focused on the regulation of virulence gene expression in Salmonella and subsequently became Head of Molecular Microbiology at the Institute of Food Research in Norwich, UK. He pioneered an approach that revealed a “snapshot” of bacterial gene expression during the process of infection of mammalian cells in 2003, and discovered the mechanism for silencing gene expression in bacteria in 2006.

Jay then spent 4 years at Trinity College Dublin, where his team employed RNA-seq-based approaches to understand the transcriptome of S. typhimurium and to identify 280 non-coding sRNAs.

Jay moved to the University of Liverpool in 2012 and is now using a combination of genomics and transcriptomics to bring new insights to the devastating epidemic of bloodstream infections caused by Salmonella that is currently killing around 400,000 people each year in sub-Saharan Africa.