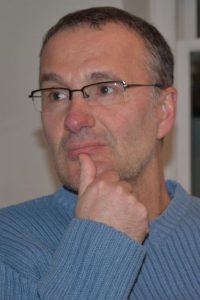 Prof Alain Filloux received his PhD in 1988 from the Université d’Aix-Marseille in France. From 1988 to 1993, he continued in research as a postdoc and later as an Assistant Professor at the University of Utrecht in The Netherlands. In 1994, he was recruited at the French National Centre of Scientific Research (CNRS) in Marseille, where he was appointed to serve as the head of a research unit in 2003. In 2008, he was appointed to Professor in Molecular Microbiology at Imperial College London where he is currently serving as the deputy director of the MRC Centre of Molecular Bacteriology and Infection. In 2013, he was appointed Editor-in-Chief for FEMS Microbiology Reviews.

Alain’s research is most generally on bacterial pathogenesis, molecular mechanisms of protein secretion, biofilm formation and regulation of gene expression. Early in his career he idenitified the existence of protein secretion systems which later became known as types T1SS, T2SS, T3SS, etc. The system model he worked on is the bacterial pathogen Pseudomonas aeruginosa and using a simple genetic screen, he also identified bacterial sensors (e.g. LadS) which are now well known as switches in bacterial lifestyles. His current work is on biofilm, c-di-GMP signalling and type VI secretion system.

For his work, Alain Filloux was awarded the ‘Coup d’élan’ from the Bettencourt-Schueller Foundation in 2003, the Medical Research Foundation (FRM) Piraud Award in 2006, and the Royal Society Wolson Research Merit Award in 2007.