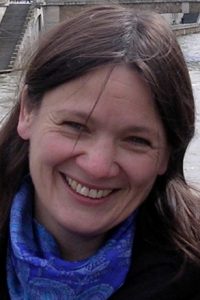 Her major research interest is in bacterial pathogenesis. Her laboratory is focused on the identification and study of bacterial virulence factors, with particular emphasis on their function, the mechanisms leading to their acquisition and their evolutionary origin. They use Legionella as a model, a bacterial genus that contains species like Legionella pneumophila and Legionella longbeachae which are both opportunistic pathogens causing Legionnaires’ disease, a severe pneumonia that can be fatal when not treated promptly.

Recently Carmen’s group developed a new research topic, the study of “nucleomodulins”. These are bacterial effectors secreted in the host cell that target the nucleus to induce epigenetic changes helping the pathogen to fight antibacterial defenses.