For World Tuberculosis Day, guest author Tomasz Benedyk  from our One Health campaign team looks at what tuberculosis is and the future implications for this fatal infectious disease. 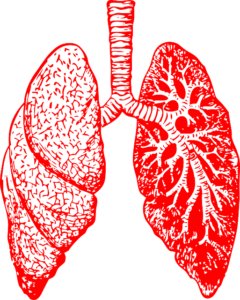 Tuberculosis (TB) is an infectious disease that manifests mostly in the lungs. The causative agent is Mycobacterium tuberculosis (Mtb), a gram-negative, non-motile bacterium. Humans are the only known hosts for Mtb and it is thought that the bacteria have co-evolved and perfectly adapted to the human niche. As a result, it has co-migrated with humans to every region of the modern world.

Despite global efforts to eradicate the disease, TB is still the 9th leading cause of death worldwide and moreover, in the cases of deaths from a single infection agent, it is the actual leading cause.

An aspect of TB that particularly requires a One Health approach is the emerging and yet ignored zoonotic tuberculosis caused by closely related bacterial species to the Mtb complex, especially Mycobacterium bovis. M. bovis is found predominantly in cattle and is clinically different from TB caused by M. tuberculosis. It has a major impact on the livelihoods of poor and marginalized communities and caused 147,000 new cases led to 12,500 deaths worldwide in 2016. However, global awareness and surveillance of this disease is low and accurate diagnosis is very limited. As such, those estimates are potentially highly imprecise.

What is the current situation?