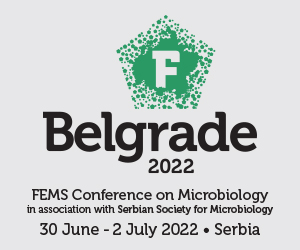 FEMS Microbiology Ecology awarded two presentation prizes at the Polar and Alpine Microbiology Conference, which took place in Hamilton, NZ from 4-8 February 2019. Congratulations to Alyce Hancock, awarded the Poster Prize for her poster on ocean acidification and its consequences for the Antarctic food web, and to Angelique Ray for her poster on phototrophic microorganisms in Antarctic surface soils. Read more about Alyce, Angelique and their posters below. 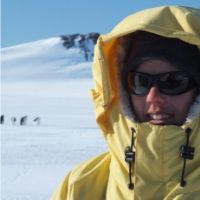 I am a 4th year PhD student with the Antarctic Gateway Partnership and Antarctic Climate & Ecosystems CRC, Institute for Marine and Antarctic Studies, University of Tasmania.

My PhD is investigating the effects of ocean acidification on the associations among nearshore Antarctic marine microbes using data collected during a mesocosm experiment at Prydz Bay, East Antarctica.

Previous to the PhD, I completed a Masters of Antarctic Science (University of Tasmania) on Antarctic viral abundance and diversity, and worked as a research assistant for the University of New South Wales collecting lake microbial genomic samples over an 18 month period in the Vestfold Hills and Rauer Islands, East Antarctica.”

Southern Ocean waters are amongst the most vulnerable in the world to ocean acidification. Projected increases in CO2 levels will cause changes in carbonate chemistry that are likely to be damaging organisms inhabiting these waters.

A meta-analysis was performed to examine the effects of ocean acidification on Antarctic marine microbes occupying waters south of 60°S. Ocean acidification negatively impacted phytoplankton, with sensitivity differing between studies on single species in culture compared to natural mixed assemblages.

Natural assemblages had a greater sensitivity than single species, with a decline in chlorophyll a concentration, gross primary production and photosynthetic health at CO2 levels above 1000µatm.  In contrast, bacterial communities were positively impacted by acidification.

Our findings suggest that by 2100 under a “business as usual scenario”, ocean acidification could change the microbial community structure and interactions, thereby altering the ecosystem services these communities provide.  The flow-on effects of such changes could have significant consequences for the Antarctic food web and elemental cycling if anthropogenic CO2 release continues unabated.”

I am a second year PhD Candidate within Belinda Ferrari’s Lab at the School of Biotechnology and Biomolecular Science, UNSW. I’ve always been an enthusiastic scientist-in-the-making but I had a particularly difficult time choosing a specific area to study; everything is so fascinating! I ended up being drawn to the urgent nature of environmental research and the complexity of Antarctic microbial ecosystems. Because of this interest, I undertook an honours project within the Ferrari Lab and ended up staying to do a PhD.”

In certain Antarctic surface soils, phototrophic microorganisms are present in very low abundances. These environments are also dry and nutrient-scarce, limiting their ability to support well-known chemoautotrophs. The identity of the primary producers within these environments has remained an ongoing mystery within the microbial ecology sphere.

Our team has recently found that, within two such Antarctic sites, microbes are energetically driving carbon fixation by oxidising atmospheric hydrogen (Ji et al., 2017). Before now, this energy yield was only believed sufficient to support basic cell functioning during dormant periods when no cell growth occurs.

The research I covered in my talk showcased the potential global significance of this trace gas driven chemosynthesis. We confirmed that the genes necessary for this process are widespread in 11 different sites throughout Eastern and Western Antarctica. We showed that hydrogen oxidation at atmospherically-relevant concentrations was rapid at 2 new sites beyond those previously investigated by Ji et al (2017) and that significantly greater carbon was fixed at these sites under low-level hydrogen enrichment.

Finally, I presented work demonstrating that Actinobacteria and the candidate phyla Dormibacteraeota (AD3) and Eremiobacteraeota (WPS-2) may be capable of trace gas driven chemosynthesis within Antarctica, more broadly than previously established.”

Luckily for us, this research is still in its early days so there is plenty left to investigate. We’d love to expand this work in multiple different directions.

Firstly, we want to include additional regions within this study, covering a broader range of environmental conditions. This will let us really understand how widespread and significant the process is, whilst also allowing us to better identify the conditions that these microorganisms thrive under.

Secondly, we want to delve deeper in the identification and characterisation of trace gas driven chemosynthetic microorganisms within the different environments, on a finer taxonomic level. This is particularly exciting because a large proportion of the ecosystems we’ve studied are made up of lesser-known taxonomic groups, including many candidate divisions.”