Home   And the FEMS-Lwoff Awardee is… Pascale Cossart

And the FEMS-Lwoff Awardee is… Pascale Cossart 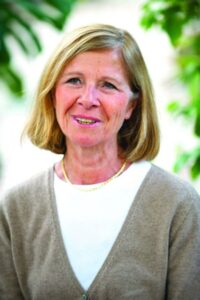 The greatest challenge microbiologists are facing today is the risk of believing that omics will bring the solution to all their problems. It is absolutely not true. You need global and large scale approaches, but one needs to think, and think even more than before!” ─ Professor Pascale Cossart

The FEMS-Lwoff Award recognizes the creation of high quality knowledge that contributes to solving today’s societal problems with microbiology. It is named in honour of the first FEMS President (1974-1976), Professor André M. Lwoff.

The FEMS Awards Committee comments: “This year, the Awards Committee received eight outstanding nominations but after careful consideration, unanimously decided to recognize Cossart’s exceptional work throughout her research career and outstanding impact on society. As part of the prize, she will present the key note opening lecture at FEMS 2019.

Pascale Cossart is a pioneering, French cellular microbiologist. She has made outstanding contributions to the understanding of bacterial host cell infections, focusing on the food-borne pathogen Listeria monocytogenes as a model. Her studies have opened avenues for the development of future therapeutics. She has more than 380 publications in high ranking scientific journals (WoS) culminating in a H index of 96. She has encouraged many co-operations between different disciplines in life sciences and through numerous activities helped science and microbiology have a significant impact in society.

Pascale has also had important editorial roles in many leading Microbiology journals and was (co-) organizer of many high-quality microbiology meetings, including the EMBO-EMBL Symposia ‘New Approaches in Concepts in Microbiology and the FEMS-sponsored International Symposium on Problems of Listeriosis in 2016. She has obtained several highly prestigious awards for her life time achievements in the field of bacterial infections and for mentoring of interdisciplinary collaborations. These awards include the Robert Koch Award for Biochemical Science in 2007, the Louis-Jeantet Prize for Medicine in 2008, the Balzan Prize in 2013, and FEBS/EMBO Women in Science Award in 2014. The Lwoff Award can now be added to that list.”