Dr Rich Boden is the Editor-in-Chief of FEMS Microbiology Letters and is Associate Professor of Microbial Physiology and Taxonomy at the School of Biological and Marine Sciences at the University of Plymouth, UK.

Rich was ”roughly the 29th person” to visit the famous hermetically sealed Movile Cave in Romania, and was the first UK scientist to do so. In this must-read interview he explains his editorial role with FEMS, details the trajectory of his academic research career, and gives some sage advice to early career researchers on the topics of mental health and academic success.

If you’re doing a Ph.D or a postdoc, eat well, live well, don’t drink too much… Above all, look after your body and your mind. Mental health issues are very common in ECRs and academics – which makes total sense really – if you’re an athlete who uses a muscle really hard every day, you’re prone to injuring it, so it’s surely the same if you’re thinking at a very high level every day?

His research interests are broad, spanning physiology, biochemistry, taxonomy and geochemistry. The core area of his work concerns the microbial transformations of sulfur and metals in the environment, and the trafficking of carbon from carbon dioxide fixation by autotrophs through to heterotrophs.

What inspired you to get involved with FEMS Microbiology Letters? And what have been the highlights so far?

‘’The role of Editor-In-Chief was advertised in mid-2014 at a time when I was feeling quite dis-engaged from the wider research community and it seemed like a means to get more involved again, effectively.

In terms of highlights, I’ve been particularly pleased with our Professional Development Section – before I was interviewed or appointed, I’d identified that this was an under-represented area in academic publication (education, training, careers, history of science etc. – I remember a meeting in the winter of 2014 in Oxford trying to come up with a name for it as a Section) and I really wanted to add this to the journal, which FEMS were very much behind.

I managed to recruit Dr Beatrix Fahnert (University of Lincoln, UK) to act as Section Editor and she has quite honestly taken the Section to a level I had not imagined. We have had several excellent Thematic Issues from that Section and it has opened up FEMS Microbiology Letters to a new audience, of course.’’

What activities have you been involved in as Editor-in-Chief?

”The day to day decision making – what goes into which Section when it is unclear, advising my Section Editors on issues of academic (mis)conduct – I handle all of the more major cases of suspected plagiarism etc. personally, so that they’re all done by one pair of eyes/hands and we have consistent decisions.

I make decisions on Thematic Issue proposals – I’ve lead one myself on Sulfur Metabolism – and invited reviews.

I look for opportunities to promote our content, and I ensure we make relevant content free-access when there are emergencies e.g. during major disease outbreaks, we make all articles relevant to that disease free-access to help the community where we can, and bundle them together on one webpage to make them easier to find. We first did this with Ebola in 2014-15 – we certainly should not be paywalling content of this type during outbreaks.’’

How did your science journey bring you to where you are today?

‘’I started reading an M.Sci (Hons) Chemistry at King’s College London, which I read 2 of 4 years of, at which point it was announced the Department of Chemistry was to close, and all of the smart students – and staff – jumped ship to Imperial College and University College London, to continue with 4 year Chemistry degrees. 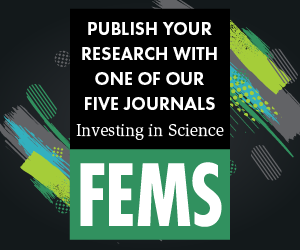 It was a point at which I realised I was missing biology so I opted to read B.Sc (Hons) Biochemistry, also at King’s College, and I was advised to start over – whilst I could go into the second year and still complete in 4 years, they told me the learning curve might be too much, so I saved the £1,100 fees needed at the time to extend for a year and I enrolled on the B.Sc.

On the very first day, they realised I’d done all of the learning outcomes of the Chemistry modules one had to take – which amounted to maybe 6/16 modules in the first two years, so the late Dr John Wrigglesworth, who was our course adviser, managed to get some kind of exemption that allowed me to pick more or less anything to fill the gaps – which included doing the final year library project from the B.Sc (Hons) Immunology in my first year! That was on autoimmune responses in vCJD and got me hooked on research and was used in part in my first paper (Ebringer et al. (2005)) which was published a few years later – publication was much slower in those days!

In my second year I did the same trick using the library project from the B.Sc (Hons) Microbiology, so by the time I got to my final year, I was well-versed on the ‘dry’ side of research and my final year laboratory project really was the highlight of university for me – and became Boden et al. (2008), on methylotrophs from the River Thames, eventually, with further work from some M.Sc students added to it. 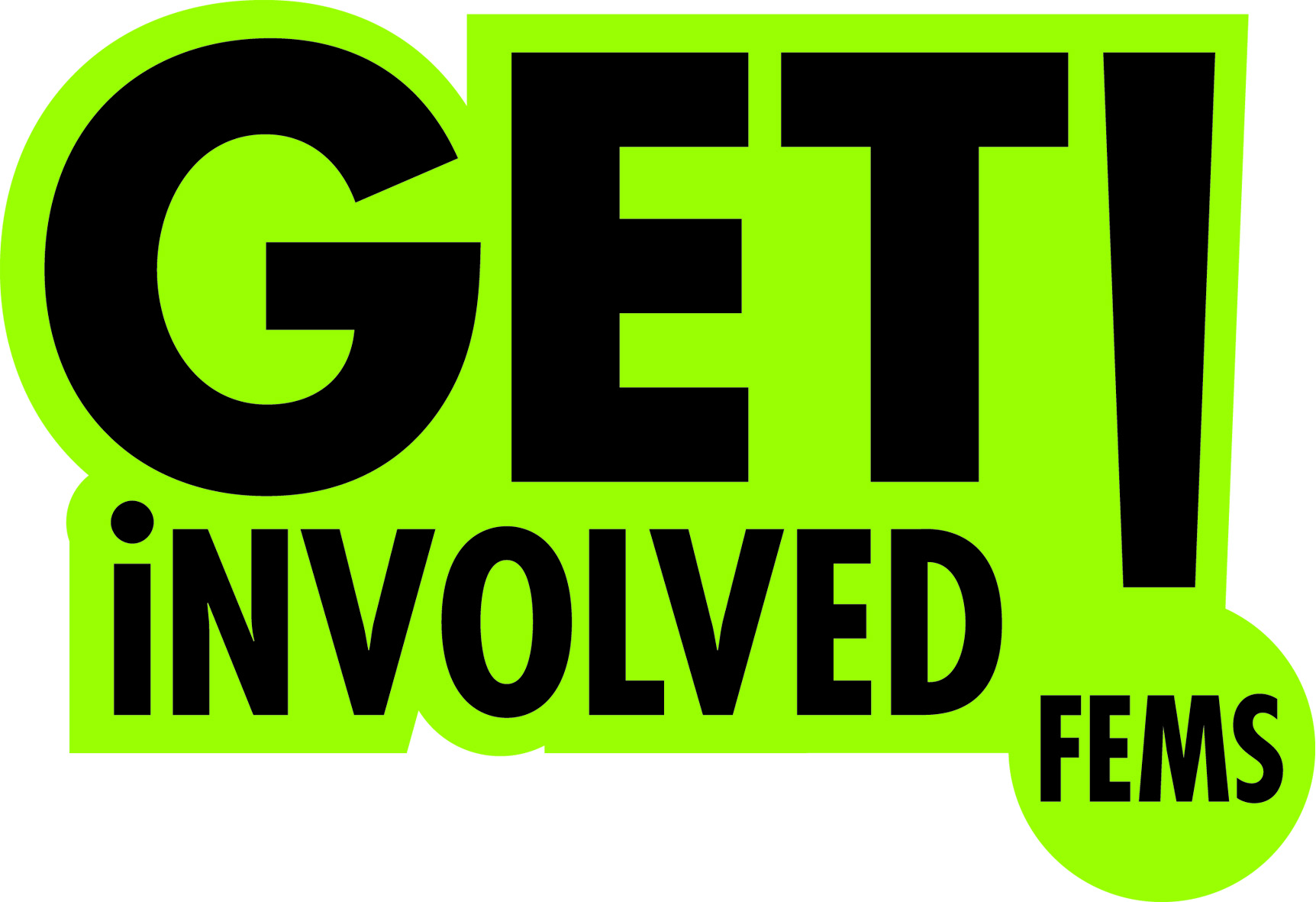 I was then looking for Ph.Ds and was still torn between microbiology and neuroimmunology – I applied for a Ph.D at the National Institute for Medical Research at which I probably gave the worst interview in the history of all time (Roger Buxton, a former FEMS Microbiology Letters Editor was my interviewer!), and another at the Brain Trust, which I was offered but they didn’t get funding…then like fate, a Ph.D at Warwick appeared, which involved one-carbon metabolism and sulfur oxidation, two things I really loved as a student. I had not wanted to leave London, but I did, and I moved to Colin Murrell’s laboratory at Warwick, working for Hendrick Schäfer who was on a 3-year NERC Fellowship at the time.

I then worked for Paul Norris, briefly, on Acidithiobacillus ferrooxidans, and then went back to Colin’s group to work on Movile Cave in Romania as a postdoc. That attracted – and still attracts – a lot of press attention as the Cave is hermetically sealed and I was the first scientist from the UK to go into it.

You can see more about Rich’s personal experience of the cave on his YouTube channel.

In my second expedition (2011), I fell a few metres and injured my back and realised I would not be able to do bench work as easily anymore, and it was time to get a permanent position. I became Lecturer at the University of Plymouth in early 2012, promoted to Associate Professor (Reader) in 2017, and Associate Head of School.’’

What advice would you give to today’s early career researchers (ECRs)?

”If you’re doing a Ph.D or a postdoc, eat well, live well, don’t drink too much (I did, and it was a problem – I have been sober for 8 years now and all the better for it), make sure you have good walking shoes with ankle support as you will walk miles every day in the laboratory, and I know so many microbiologists with hip and back problems from years of bench work without proper support.

Above all, look after your body and your mind. Mental health issues are very common in ECRs and academics – which makes total sense really – if you’re an athlete who uses a muscle really hard every day, you’re prone to injuring it, so it’s surely the same if you’re thinking at a very high level every day? There’s no shame in clinical depression or clinical anxiety – they happen, they’re illnesses like any other, and they should not be left unchecked: they can be fatal.

Enjoy yourself: work hard, and play hard, but make sure you don’t play so hard that you’re not working hard anymore. Publish, publish, publish – it is the only measure of your work. You can’t say on your CV that you do X or Y method unless you’ve published using it, for example. Build up an evidence portfolio ready in the form of papers, PR etc. ready to use when applying for permanent positions.

There is no formula to academia – it’s not the case that 3-6 years as a postdoc, a 3-year Fellowship and then a 5-year Fellowship are needed before you can become a permanent Principal Investigator (PI) in your own right – some people manage it with less experience, others need more. We’re all different and knowing yourself and your limits and abilities and what you excel at is really important.’’

Keep updated on all new cutting-edge developments in all aspects of microbiology in FEMS Microbiology Letters.