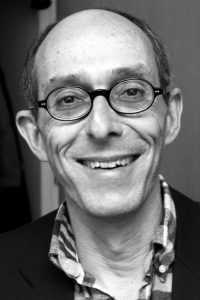 member of EAM, EMBO and Leopoldina – National Academy of Sciences

Our lab is interested in the role of Neutrophil Extracellular Traps (NETs) in health and disease. NETs are extracellular structures which neutrophils extrude upon activation by pathogens. NETs are made of chromatin and specific neutrophil proteins. They trap and kill bacteria, viruses, parasites and even large microorganisms such as fungi. NETs are instrumental for the functioning of the immune system: Patients with genetically caused diseases such as Chronic Granulomatous Disease are unable to generate NETs and are therefore more susceptible to infections. In contrast, the overproduction or the insufficient removal of NETs lead to severe autoimmune reactions like, for example, in Systemic Lupus Erythematosus. NETs might also be an example of how early mechanisms of immune defence evolved: Chromatin is one of their principal components and consists of DNA wound up around cores of histones. Histones have a double function in once being necessary to package efficiently DNA but on the other side also being strong antimicrobials. Our group uses Drosophila melanogaster as a model system to study the antimicrobial capacity of histones in evolution and their function in gene regulation during multicellular development. We are also working on the Inflammasome, a protein complex that is formed by the immune system as a reaction to danger signals. As the composition of the Inflammasome differs depending on the nature of the danger signal, we are trying to understand how the immune system measures the danger and adapts its response.