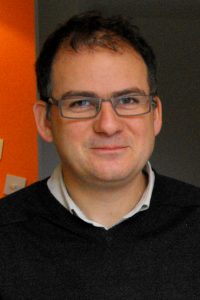 Prof Bruno Lemaitre obtained his PhD in 1992 at the University Pierre and Marie Curie, Paris working on the P element transposition in Drosophila. He continued in research in the laboratory of Jules Hoffmann at CNRS, France as a research associate where he began a genetic dissection of the Drosophila antimicrobial response. One of his initial findings demonstrated that the Toll receptor protein and its downstream signaling pathway are essential components of the fruit fly immune response. This is a pioneer work in innate immunity which facilitated the identification of Toll-like receptors as crucial mediators of human innate immunity.

In 1998, he started his own lab at the Centre Génétique Moléculaire, a research institute of the Centre National de Recherche Scientifique at Gif-sur-Yvette, France. In 2007, he became professor at the Ecole Polytechnique of Lausanne (EPFL). His laboratory uses the fruit fly as a model genetic system doing research in the field of innate immunity, Drosophila-Spiroplasma interactions and gut homeostasis. His group uses Drosophila and its powerful genetics on three main axes of research focusing on Drosophila immunity and the Drosophila endosymbiont, Spiroplasma.