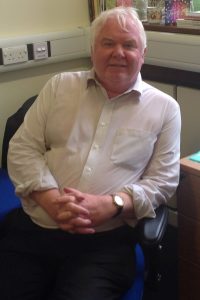 Professor of Biochemistry, School of Biosciences, University of Birmingham

Prof Steve Busby received his doctorate from Oxford University, UK and then moved to the Institut Pasteur in Paris where he became interested in bacteria and how they organise and regulate their genes.

Since moving back to the UK in 1983, Steve and his colleagues have contributed to our understanding of transcription initiation and gene activation in bacteria, as well as developing new methodologies to study global regulation. He has produced over 200 original research articles and a score of seminal reviews. Steve was elected Fellow of the Royal Society in 2005 and is currently Professor of Biochemistry at the University of Birmingham.

Steve was awarded the 2017 Marjory Stephenson Prize in recognition of his contribution to the understanding of bacterial gene expression.