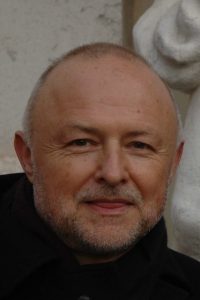 Born in Trento, Italy, Professor Cesare Montecucco coordinates the Laboratory of Neurotoxins, Neuroparalysis and Neuroregeneration in Padova. He has also carried out research in the Universities of Cambridge, Utrecht, and Costa Rica, the Institut Pasteur in Paris and the EMBL in Heidelberg.

He has studied the molecular and cellular pathogenesis of diseases caused by toxin producing pathogenic bacteria (anthrax, botulism, tetanus, Helicobacter pylori) and by poisonous snakes and insects. Major discoveries wereinclude: a) the identification and characterization of the metalloprotease activity of the neurotoxins responsible for tetanus and botulism, b) the identification of their proteins targets (SNAREs) including sites of cleavage and mechanism of specific recognition, c) the metalloprotease activity and target of the anthrax lethal factor, d) the mechanism of action of two major virulence factors of H. pylori: VacA and NapA, e) the mechanism of action of the snake presynaptic PLA2 neurotoxins, f) the presence of thioredoxin on synaptic vesicles and g) discovery of the first botulinum like non Clostridial toxin.