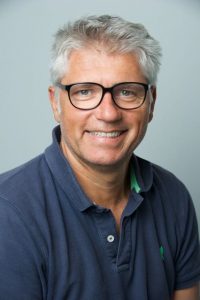 Didier Mazel received his PhD in Genetics (1990) and is currently Professor at the Institut Pasteur, Paris. His projects are centered on an evolutionary mechanism specific to bacteria: horizontal gene transfer. In particular, he described the molecular mechanisms and the dynamics of gene capture in integrons, which are the primary source of resistance toward multiple antibiotics among Gram-negative pathogens. His group also works on the genome structure of bacteria which carry multiple chromosomes, such as Vibrio cholerae, the agent of cholera. He is the head of the Bacterial Genome Plasticity unit, and, since 2009, the director of the Genomes and Genetics department of the Institut Pasteur. He has published more than 100 articles and his work has been awarded several scientific prizes.