Home   Ask the Experts: What does the future hold for AMR?

Ask the Experts: What does the future hold for AMR?

We work closely with a fantastic network of microbiology experts from the European Academy of Microbiology (EAM), who came together to amplify the impact of microbiology in Europe. For World Antibiotic Awareness Week, we asked an expert panel from the EAM to discuss what the future holds for antimicrobial resistance (AMR) and what can be done to actively tackle it. 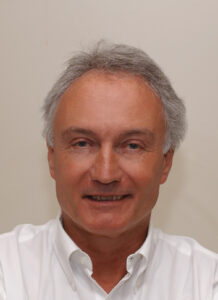 “The majority of pharmaceutical companies have pulled out from antibiotic research for the last thirty years and only very few academic groups work on antibiotic resistance. There is therefore a major need to train the next generation of researchers working in this field. This is the reason why, together with colleagues from Harvard and McMaster Universities we have created the International Course on Antibiotics and Resistance (ICARe) with the specific goal of bringing leaders in academic and industry together with trained scientists at the dawn of their careers. The course aims to build an international cadre of collaborative, well networked, and highly trained specialists.

Vaccines are an underestimated way to tackle AMR. They can have an indirect effect e.g. Influenza, by decreasing the prescription of antibiotics or both indirect and direct effects, e.g. Pneumococcus, by addressing the most antibiotic resistant serogroups”. 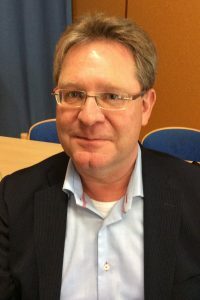 “AMR will be a very persistent problem. Pathogenic bacteria will always find a way to outsmart us and will develop resistance to every new drug we’ll create.

This sounds like bad news and in a sense it is. But we can tackle the problem by taking several measures, including good stewardship, good and fast diagnostics, but above all by continuously applying novel concepts in drug development. We have too long been satisfied by directly mining nature and using chemical modification of existing antibiotics. We now need to be more creative and apply novel methods in screening and eliciting production of natural products, but also by using new scaffolds and templates for chemical- and bioengineering, new administration methods and other ways of regulating their bioactivity. In this way, we can keep on refueling the pipeline of novel lead molecules to be taken into drug development programs, and be safe in the future against ever occurring highly resistant pathogenic strains.” 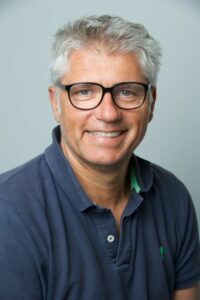 “We have already reached a high emergency level, with a couple of virtually untreatable bacterial infections. Additionally, despite localized efforts to implement strong legislation in terms of antibiotic usage, most of the planet, including a large portion of developed countries, are lagging behind, assuring daunting challenges for years to come. Despite decades of work on resistance development and spread, we still don’t really know in which niche resistance gene capture is taking place.

Nevertheless, we have already learned quite a few important rules and our main efforts should focus on the development of new highly specific antibiotics to prevent resistance development. We should also look at alternative antimicrobial strategies. I am looking forward to see results from current phage therapy clinical trials. There are new strategies that could be conveyed through “synthetic biology” approaches for the development of novel antimicrobial weapons, such as the use of CRISPR/Cas delivery. We should start preparing the general public for medical use of genetically modified organisms, as their specificity/efficacy might be unparalleled.” 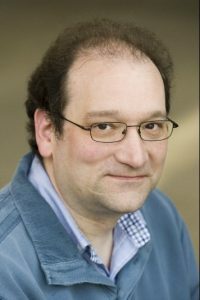 “Bacteria have huge population sizes, evolve very rapidly and have been dealing with antibiotics for millions of years. Given this, we must accept that resistance will evolve to any antimicrobial agent we invent or discover. Tackling resistance will therefore involve reducing the exposure of bacteria to antibiotics as much as possible. As we need to use antibiotics therapeutically, we should ensure that we only use the appropriate antibiotic at the right time. We must move away from empirical prescribing, and uncontrolled use.

To do this, we need to develop rapid point-of-care tests that determine the identity and antibiotic sensitivity of the infecting organism before using antibiotics. Developing and maintaining these tests will require constant surveillance of existing and emerging antimicrobial resistant bacteria at a global level using genomic technologies.” 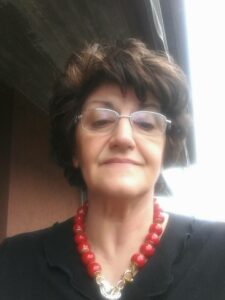 “Widespread use and misuse of antibiotics in both medicine and agriculture have increased the prevalence and expression of antibiotic-resistance genes, thus restricting the therapeutic options for bacterial infections. Multidrug resistance (MDR) represents a main challenge of this century as treatment options are limited. Nosocomial and re-emergent infections (such as tuberculosis) represent both a healthcare and an economic issue: for these reasons, combination of prevention and control practices to limit the spread of antibiotic-resistant infections, as well as antimicrobial stewardship programs need to be implemented.

However, as the number of active antibiotics is in rapid decrease, new molecules are urgently needed. In the future, we need to implement our efforts towards the discovery of new effective molecules to counteract severe infections and to reduce the financial burden due to prolonged hospitalizations caused by antibiotic treatment failures. In this context, coordinated action between Academy and Industry is required, together with specific funding programs.” 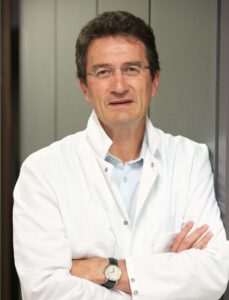 “The ‘golden age’ of infectious disease control is threatened by the accumulation of converging factors such as major human-driven ecological and social changes accelerating the occurrence and facilitating the pandemic spread of newly-emerging agents, the progression of vaccine defiance in economically-privileged populations, and the spread of antibiotic resistance. In absence of significant responses, infectious diseases may regain the dominant weight they imposed on the societies at the turn of the 20th century.

Antibiotic resistance is no longer an exclusive issue of hospitals. It has become a global threat caused by the irresponsible use of antibiotics, not only in human and veterinary medicine, but also in agriculture and cattle as growth promoters. From ‘magic bullets’, antibiotics have been turned into ‘environmental pollutants’ imposing massive selective pressure on the microbial world at large. Novel antibiotics are indeed needed, bacteriophages are worth testing in certain indications, clever molecular approaches to cure strains from their resistance genes are warranted, but ultimately, only the determined implementation of a global and strict control of antibiotic use at the level of the planet will save current antibiotics.”

To learn more about AMR, explore our Antimicrobial Therapy and One Health Thematic Issues from our journals to keep abreast of all new developments in the field. You can also get involved in our One Health campaign to learn how this approach is being used to tackle AMR, or search for current opportunities in AMR in our Fighting AMR campaign. Also, see what our journal editors had to say about AMR in this OUP blog.