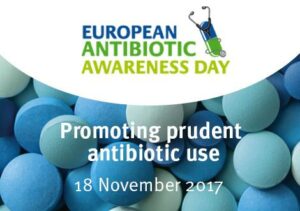 Tomorrow is European Antibiotic Awareness Day (EAAD) – an annual European public health initiative that was established 10 years ago by the European Centre for Disease Prevention and Control (ECDC) to unite healthcare professionals, researchers, campaigners and the public in raising awareness and collective action to tackle the threat of antimicrobial resistance (AMR).

We are joined by the EAAD team to discuss why AMR is a global problem that we cannot ignore and what is being done to tackle it.

How real is the threat of AMR and what impact could it have on global health?
“Since antibiotics have been discovered and used, more and more bacteria, which were originally susceptible, have become resistant and developed numerous different means of fighting the action of antibiotics. Because antibiotic resistance is increasing and few new antibiotics have been discovered and marketed in recent years, the problem of antibiotic resistance is now a major public health threat. Infections due to resistant bacteria are dangerous because antibiotics commonly used are no longer effective to treat them. This may delay getting the right treatment to patients and may result in complications, including death. Also, a patient may need more care as well as alternative and more expensive antibiotics, which may have more severe side-effects.

The situation is getting worse with the emergence of new bacterial strains resistant to several antibiotics at the same time (known as multidrug-resistant bacteria). A major antibiotic resistance problem, especially in hospitals, is the emergence of bacteria that are resistant to last-line antibiotics, which therefore severely limits treatment options for infected patients. Without antibiotics, we could return to the “pre-antibiotic era”, when organ transplants, cancer chemotherapy, intensive care and other medical procedures would no longer be possible. Bacterial diseases would spread and could no longer be treated, causing death.”

This year is the 10th annual European Antibiotics Awareness Day. What has been achieved by EAAD over the past 10 years to address the global threat of AMR?
“Fighting AMR requires a multifaceted approach, including communication as a way to raise awareness about the issue and about the importance of the prudent use of antibiotics. Since its launch in 2008, the EAAD – a European health initiative coordinated by the European Centre for Disease Prevention and Control (ECDC) – has been a platform for the development and support of national campaigns on the topic across the European Union and other countries in the European Region, in collaboration with the WHO Regional Office for Europe. To date, more than 45 countries have marked EAAD.

In addition, a number of partnerships have been established with similar campaigns in countries such as the United States, Canada, Australia, New Zealand and Japan, ensuring that all the initiatives take place around the same time and that our messages are aligned. EAAD also served as inspiration for the World Antibiotic Awareness Week (WAAW), an initiative led by the World Health Organization. EAAD is also a partner of WAAW. Furthermore, EAAD has contributed to keep the issue of antimicrobial resistance high in political agendas, with the annual release of the ECDC data on antimicrobial resistance and antimicrobial consumption, as well as launch events and work with journalists from all EU Member States since 2008.

Finally, on the occasion of the 10th EAAD, ECDC is organising a special event in Brussels on 15 November 2017. In the context of this event, an exhibition will be organised to showcase the materials that EU/EEA countries have developed since 2008 to promote prudent use of antibiotics and to tackle AMR.”

At the ECDC, activities related to the topic of AMR take place under the Antimicrobial Resistance and Healthcare-associated Infections programme. ECDC’s main areas of work include surveillance (AMR, antimicrobial consumption, healthcare-associated infections), epidemic intelligence, scientific advice (e.g. developing evidence-based guidance and systematic reviews), training, as well as support to EU/EEA countries upon their request. ECDC also launched, and regularly updates, a directory of online resources for the prevention and control of antimicrobial resistance and healthcare-associated infections to support countries, organisations and professionals that need to develop their own guidelines.” 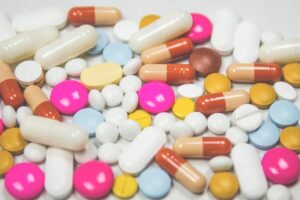 What does the future hold for AMR?
“ECDC data show that, for most bacteria and antibiotics under surveillance, resistance continues to increase. We still have time to turn the tide and ensure that antibiotics remain effective, but we need to take action now. ECDC has identified three main strategies to address AMR:

What key messages do you have for the general public?
“Keeping antibiotics working is everyone’s responsibility. As citizens, each of us is responsible because we sometimes suffer from infections and are therefore potential users of antibiotics. We are often the parents of children that suffer infections and are also the potential users of antibiotics. Professionals who are in a position to prescribe (doctors, veterinarians), dispense (pharmacists), administer (nurses) or use (farmers) antibiotics have an additional responsibility.

Each of us, as a citizen and/or a professional, must use antibiotics responsibly, i.e. only when they are needed, and when they are needed with the correct dose, dosage intervals and duration of the course. This individual and collective responsibility will be the focus of this year’s social media initiative #KeepAntibioticsWorking, that will be launched ahead of EAAD 2017.

The EAAD key messages aimed at the general public are specifically focused on the following topics:

To learn more about AMR, explore our Antimicrobial Therapy and One Health Thematic Issues from our journals to keep abreast of all new developments in the field. You can also get involved in our One Health campaign to learn how this approach is being used to tackle AMR, or search for current opportunities in AMR in our Fighting AMR campaign.