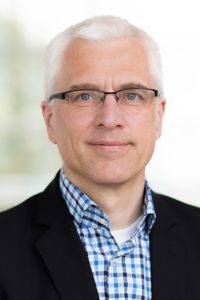 Prof Axel Brakhage completed his PhD at the Institute of Microbiology at the University of Münster, Germany and the Institut de Biologie Physico-Chimique in Paris, France on the mode of action of the fungal toxin ochratoxin A on Bacillus subtilis. He then transitioned to working in industry with the European chemical company, BASF SE in Germany before receiving a postdoc stipend from the Deutsche Forschungsgemeinschaft at the University of Sheffield, UK.

Axel worked in the laboratory of Professor Geoffrey Turner on the regulators of antibiotic biosyntheses in the fungus Aspergillus nidulans. He continued this work as an Assistant Professor at the University of Munich, Germany with his own group and also started to work on infection biology of the human-pathogenic fungus Aspergillus fumigatus.