Home   #FEMSmicroBlog: Got agar? Say thanks to Angelina Hesse!

#FEMSmicroBlog: Got agar? Say thanks to Angelina Hesse!

Angelina Fanny Hesse was the creative mind behind the use of agar in culture media for growing microorganisms. Even though agar is an indispensable ingredient in any microbiology lab, her contribution remains largely unknown. In this blog, Vanesa Ayala tells the story of this discovery. #HistoryOfMicrobiology

*This blog entry has been translated into several languages*

It is just another day in the lab. There is a sweet and yeasty smell in the air.

The autoclave just finished, and you pour 50 agar plates for this week’s work. While waiting for them to cool down and solidify, you stare at the yellowish gelatin-like substance and wonder: ‘Who thought about it?’ It is such a smart idea, and so essential to do any microbiology work.

As a microbiologist, can you imagine life without agar?

Angelina (Lina) Fanny Hesse (1850-1934) was the first to propose the use of agar as a culture media for growing and isolating bacteria. Her contribution to microbiology is crucial, yet not widely recognized.

Before Lina Hesse, the work of classifying microorganisms was so complex that Linnaeus classified all bacteria in the order Chaos. Back then, it was extremely difficult to identify individual microorganisms because you could not properly grow and isolate them in the lab (and because obviously molecular analyses were not yet available).

Culture media included polenta, coagulated egg white, meat, potato slices and gelatin. Can you imagine growing your bacterial cultures on polenta? Good luck with that. Gelatin has its challenges itself: it melts at 37 °C, and can be degraded by bacteria.

Before Lina Hesse, the work of classifying microorganisms was so complex that Linnaeus classified all bacteria in the order Chaos.”

Lina Hesse was a scientific illustrator and technical assistant working unpaid for her husband Walther Hesse, who was part of Robert Koch’s lab in Germany. Both Walther and Robert Koch were struggling to isolate pure and long-lasting bacterial cultures. They used potato slices and gelatin.

Lina Hesse, who assisted in the production of bacterial growth media for Walther’s projects, suggested to use agar, a seaweed extract, as an alternative to have a more stable culture media. She knew about agar-agar from family friends who had lived in Java (Indonesia), where the seaweed extract was used in cooking and where puddings would not melt in the hotter ambient temperatures of the Southeast Asian country.

Agar turned out to be the solution to all their problems! Robert Koch immediately recognized its benefits, and he used it to isolate the famous tuberculosis bacilli. Neither Lina nor Walter Hesse were given credit for the use of agar in microbiology.

Why is agar so essential in microbiology?

Agar is the perfect solution because it can be mixed with nutritious media, it remains solid at high temperatures, and it is transparent, indigestible by microorganisms, and sterilizable.

For the first time, microbiologists could control and contain bacterial growth in such a way that bacteria could be clearly isolated. This apparently simple process became an essential tool for microbiologists. Isolating and growing bacteria as pure culture is often prerequisite to identify and study them.

Nowadays, agar is used even to make art! If you take a look to the agar art competition organized by the American Society of Microbiology, you will be mesmerized.

Many have underestimated Lina Hesse’s finding. But Lina’s work as lab assistant means that she had experience with technical procedures. She knew the job, the struggles and the technical needs. What some might consider a lucky guess was what we call now troubleshooting. She knew what she was doing.

For a microbiologist, a (working) life without agar is unimaginable. Yet, imagine if everyone in a microbiology lab would say: “How many Frau Hesse’s agar plates do you need?”

In 1938, two researchers and historians recognized the importance of Lina Hesse’s contribution and suggested: ‘Could not “plain agar” from now on be designated as “Frau Hesse’s medium?” Her contribution to bacteriology makes her immortal.’

For a microbiologist, a (working) life without agar is unimaginable. Yet, imagine if everyone in a microbiology lab would say: “I have to wait for Frau Hesse’s medium to solidify.” or “How many FH plates do you need?”

This would cement the essential contribution of Lina Hesse in microbiology among the monumental work of pioneer microbiologists of the like of Walter Hesse, Julius Richard Petri and Robert Koch. We should pay honour where honour is due. 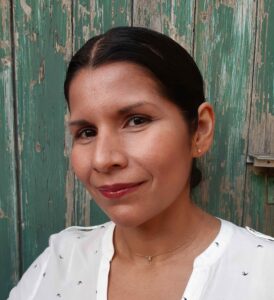 Vanesa Ayala-Nunez has more than ten years of experience as research scientist in the field of infectious diseases. Working at the interface of Virology, Immunology, and Cell Biology, she has dealt with several scary human pathogens. She did her PhD at the University of Groningen in The Netherlands and a Postdoc at IRIM in France. Vanesa is now a Scientific Editor, working in France and Germany. She collaborates on different SciComm projects and is a volunteer for the FEMS Volunteers’ Translation Team.

This blog entry has been translated into: