This month we are joined by Dr Philippe Glaser, who is a member of the European Academy of Microbiology (EAM). The EAM is a leadership group of around 150 eminent microbiology experts who came together in 2009 to amplify the impact of microbiology and microbiologists in Europe. 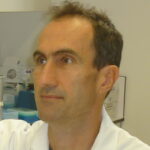 Philippe is the Head of the Ecology and Evolution of Antibiotic Resistance (EERA) Unit at the Institut Pasteur and Bicêtre Hospital. His research group characterizes the factors contributing to the emergence and the dissemination of antibiotic resistance clones in the hospital and in the community.

How real is the threat of antimicrobial resistance (AMR) and what impact could it have on global health?
“The rise of antibiotic resistance is a global threat despite large discrepancies between countries and geographical areas. Indeed, resistant bacteria and mobile genetic elements carrying resistance genes have no frontiers. In developed countries, public health systems have set up control systems and measures have been taken to circumvent as much as possible this threat.
However, if the situation seems today under control for Gram-positive bacteria (for how long?), it is continuously worsening for Gram-negative bacteria and Mycobacterium tuberculosis. Furthermore, most countries cannot afford such expensive initiatives and thus need help from international health institutions.

If antibiotic resistance is not tackled at all different fronts (surveillance, prevention, antibiotic stewardship, development of new antibiotics and alternative strategies including vaccines), we will reach a sanitary crisis with a tremendous increase in difficult or impossible to treat infections. To prevent such a crisis, we urgently need to intensify research efforts, both in the p

ublic and in the private sectors, to address the multiple facets of antibiotic resistance.”

What are your main research interests? And what projects are you currently working on?
“The Ecology and Evolution of Antibiotic Resistance Unit is a joined research unit between the Institut Pasteur, the AP-HP Hospital and the Paris-Saclay University studying the emergence and the spread of antibiotic resistant bacteria. Our major research interest is carbapenemase-producing enterobacteriaceae (CPE).

Carbapenems are last resort drugs against multidrug-resistant Gram-negative bacteria and in particular those producing extended spectrum b-lactamases (ESBL). CPE are considered as “critical” in the WHO priority pathogen list for R&D of new antibiotics.
Surveillance systems have observed the emergence of certain clones that have disseminated globally. One emblematic case is the CG258 lineage of Klebsiella pneumoniae producing the carbapenemase KPC. We are characterizing the functional and genetic bases of the emergence of this hospital-adapted clone. Even much more worrying is the emergence of carbapenemase-producing Escherichia coli (CP-Ec) and the risk of the dissemination of resistant clones in the community as observed for strains

expressing ESBL. If it happens at a larger scale it would be extremely problematic to control them.

We are investigating the emergence of these clones using as start

ing point, strains and clinical data from the National Reference Centre laboratory hosted by the team at the Bicêtre hospital. By performing genomic and evolutionary based analysis we build hypotheses, which we are testing experimentally. By deciphering the reasons for the emergence of CP-Ec clones, we also aim to propose measures that could limit their dissemination.”

Could you tell us more about the upcoming FEMS-sponsored meeting that you are co-organizing: Challenges and new concepts in antibiotics research conference (19-21 March 2018)? 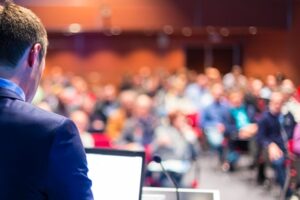 ling to the development of new drugs and alternative strategies to preserve these drugs.

We have invited internationally renowned experts in these different fields. As the development of new antibiotics is also a complex economical issue that is best addressed by public-private partnerships, we are also organizing a roundtable discussion involving industry, f

We expect this meeting to be a place of exchange of the most recent knowledge and ideas on these important subjects and that it will allow new collaborations to be initiated and will contribute to the dynamism of this area of research that is so important for the future of our health.” 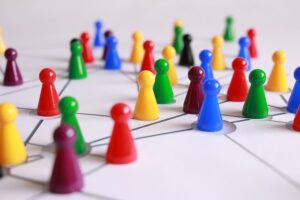 Do you see a role for FEMS and the EAM to jointly progress the field in tackling antibiotic resistance in the future?

“FEMS is supporting research to tackle AMR at different levels. First, to federate the community working on these themes through the symposium and meetings it organizes and supports.

Furthermore, FEMS helps early career scientist to pursue their training in European institutions and to attend meetings through exchange an

d congress scholarships and AMR is considered as a priority. FEMS publications play also an important role to disseminate discoveries on AMR.

Together, FEMS and EAM should work with European and national authorities to promote all aspects of research aimed at combating antibiotic resistance, to improve surveillance and to propose specific prevention measures to be taken. FEMS and EAM might also contribute to campaigns towards the general public and medical doctors, advocating the urgent need to preserve antibiotics.
By its scientific excellence in all areas of microbiology, EAM should be a driving force for creativity and innovation to tackle AMR at the European level.”